At 2:00 pm on March 28, 2018, the price adjustment window for refined oil products will be opened again. Many agencies have forecast that the current round of oil price increases has been pinned.

Zhuo Chuang, an analyst with Dai Tiandong, told Zhongxin Jingwei Client (WeChat public number: jwview) that since the current pricing cycle, due to the accidental decline in U.S. crude oil inventories and other news, the international oil price has shown a trend of rising upwards. Day rose sharply. Under this boost, the rate of change in crude oil has risen continuously from low levels, and the current round of oil prices will face upward adjustment. 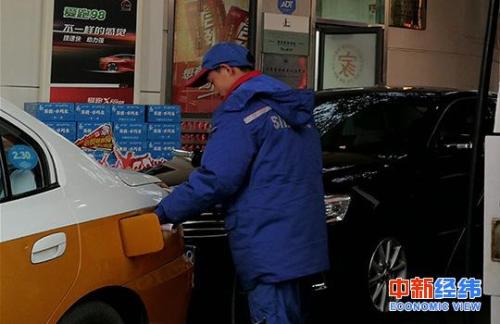 According to Zhuochuang's forecast, 92# gasoline and 0# diesel will be increased by RMB 0.12 per litre and RMB 0.13 per litre, respectively. Taking a 50-litre private car as an example, filling a full tank of oil will cost an additional 6 dollars, so Qingming Holidays When traveling, travel costs may increase slightly.

On the ninth working day of the current round, Zhongyu Information estimated that the crude oil change rate was 3.0%, and Zhongyu crude oil was valued at US$65.726/barrel, which was US$1.915 higher than the benchmark price, and temporarily raised the price of refined oil at the 24th of the 28th on the 28th. Yuan / ton.

Gasoline prices rose at a later stage or slowed down

Since 2018, domestic refined oil prices have experienced a total of 2 losses, 2 gains and 1 strand of a total of 5 rounds of valuation cycles. As of the end of the previous round of price adjustments, gasoline and diesel fell by 115 yuan/ton and 110 yuan/ton during the year. After this price adjustment, the price adjustment bureau in 2018 may become â€œthree ups, two downs and one downâ€.

According to Wang Yanting, an analyst of refined oil products at Jinlianlian, with the approaching of the Ching Ming holiday, the demand for gasoline is also expected to be good. Some operators will consider replenishing in advance and the overall market turnover will increase slightly, which will boost the domestic refined oil price trend. As a whole, the domestic price of gasoline and diesel in the near future still has room to rise, but the rising pace will slow down.