As part of the main railway construction project in the north of England, the Scottish contractor Weldex used two Liebherr crawler cranes to complete the main construction phase: two crawler cranes completed the lifting of the 560-ton arched bridge on the Irwell River in Manchester. Work, the new railway bridge will connect the city's Piccadilly and Victoria Station.

In July 2016, LR 1750 began working in Manchester. The 750-ton crane took six months to quickly build the lower part of the bridge and install a 90-meter bridge. This huge steel structure has previously been transported in sections to the city centre. 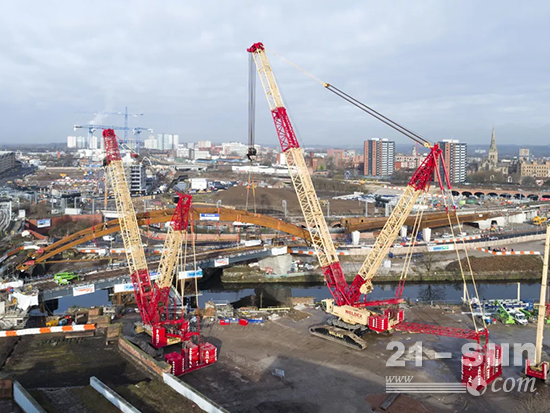 Weldex sent its most powerful crawler crane to the site for subsequent installation of the bridge arch. The installer set up the LR 11350 Liebherr crane with a main arm 72 meters and a 42-meter super-lifting arm for lifting. The work lasted for 4 days, the large crane took most of the weight and docked one end of the bridge with the opposite side of the Irwell River. 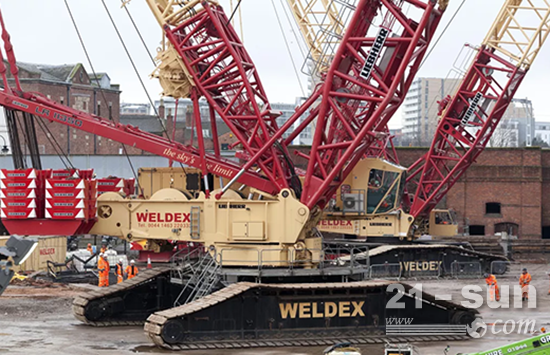 Due to the lifting requirement of 51 meters, the LR 11350 is responsible for the huge lifting task. The total load of 357 tons can only be made at this distance, because the extendable guide can extend the weight of the counter weight tray from 25 meters to 30 meters. The crane's operating condition SLDB2 is capable of lifting an additional load of nearly 50 tons at a radius of approximately 50 meters.

However, before a huge bridge arch can be hung on the river, the crawler crane must move it about 30 meters in stages to the river bank. Synchronous lifting has been interrupted many times because the crane must be equipped with additional counterweights. The LTR 1100 crawler telescopic crane increases the overweight counterweight of the LR 11350 to a maximum of 600 tons. The center counterweight and the loading weight on the crane allow the counterweight on the crane to reach a maximum of 830 tons. Then the lifting work on the water surface is carried out slowly, and precise operation is ensured to ensure that nothing is lost. After the load was lifted, the arch bridge was in place in less than three hours.

After successful lifting, Jarrod Hulme, project manager for the bridge installation in Manchester, was very satisfied and assured.

He expressed his appreciation to the Weldex team led by Mark Hollett, who is the head of the lifting work.

Helm praised: "Great guys!" He used to work with Scottish crane experts. â€œWeldex has never let us down in the 20 years of working with them.â€ 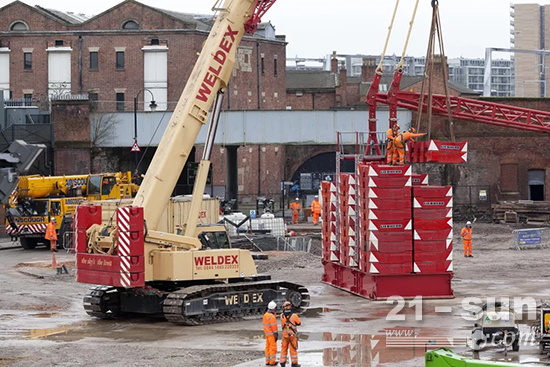 At the same time, he is also full of praise for the crane equipment used in Manchester. As the project manager of Severfield, the UK's largest steel contractor, Jarrod Hulme has extensive experience in crane work for large projects.

He also used Weldex's Liebherr LR 11350 crane to set up a huge pylon for the Thames cable car in London. Helm said. â€œI like Liebherr's crawler cranes, which is a very easy to use machine.â€ (This article is from Liebherr)

Series core remover is a kind of non-ferrous metal core removal equipment with advanced structure and high production efficiency. The sand removal efficiency is over 99%. It is mainly used for cleaning cylinder block, cylinder head,misalignment tube and sand core of some complex castings of aluminium alloy engine. According to the technological requirements of core removal of castings and the advantages of related equipment at home and abroad, the main structure makes its vibration and pendulum give full play to its effectiveness, makes its stress point and buffer point scientific and reasonable, and has sufficient strength and rigidity.