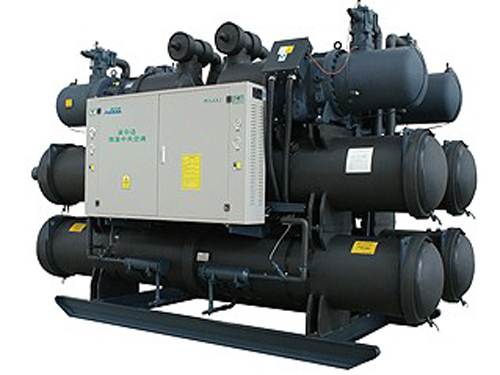 The sewage source heat pump is becoming another new trend in heating and cooling field because of its energy saving, environmental protection and economical efficiency. Under the background of the continuous promotion of the national energy conservation and emission reduction strategy, this technology is expected to be more widely used and applied in the future.

According to related statistics, China's current urban sewage discharge has reached 70 billion tons. With the continuous progress of urbanization, this figure continues to grow. According to experts in the large air-conditioning refrigeration market, about 40% of the city's low-level waste heat exists in the sewage. If this low-level heat can be reasonably recovered, the amount of water and heat from the city's sewage treatment can be recovered at the same time, which can achieve the reuse of urban waste heat. , turning waste into treasure, and at the same time can develop a new renewable clean energy utilization.

The sewage source heat pump is such a technology. It mainly uses municipal sewage as a source of cold and heat for extracting and storing energy. With the help of the change of the state cycle of the internal refrigerant of the heat pump system and only a small amount of electric energy, the cooling and heating effect can be achieved, and the urban sewage is resource-reduced and low. The use of graded clean energy has opened up new avenues. The technical working principle is to use the prominent features of large amount of urban sewage, suitable temperature and stability, small seasonal variation, cool winter and cool summer, and use it as a cold and heat source. According to the sewage, the winter temperature is higher than the outdoor temperature and the summer temperature is lower than outdoor. With the characteristics of temperature, the heat energy that is difficult to directly use in the sewage is extracted by a heat exchanger and sent to the intermediary equipment, and then passed to the heat pump host to form high-temperature water for heating in winter. At the same time, the system can also be used in reverse to cool it in summer.

Since heating in winter in northern China still mostly depends on non-renewable energy sources such as coal, oil, and natural gas, heating and environmental protection have already become a paradox. As one of the application forms of ground source heat pump technology, the sewage source heat pump system uses urban sewage as a cold and heat source, which can realize winter heating, summer air conditioning, and domestic hot water supply throughout the year; and saves coal and gas when heating. Boiler room systems, such as fuel, have no combustion process to avoid smoke pollution; cooling towers eliminate cooling tower noise, mold and air pollution. The entire system does not discharge waste residue, waste water, exhaust gas and smoke dust into the atmosphere. In theory, it is completely capable of achieving zero pollution and the environmental benefits are more prominent. Therefore, the promotion of primary sewage heat pump technology is an effective way to change the current status of coal-based energy consumption structures in cities, and more new ideas for the application and development of renewable energy are being developed. At the same time, the recovery and utilization of low-level energy in urban sewage will help deepen peopleâ€™s overall understanding of the urban sewage resources and fully reflect the concept of â€œrecycling economy developmentâ€, which will greatly increase the cityâ€™s energy efficiency and lower the cityâ€™s The dependence of fossil fuels will help control air pollution and protect the global environment, which is of great practical significance for the construction of energy-saving cities.

In terms of system energy efficiency, the sewage source heat pump also performed very well. As a rare heat pump heat source in northern cold regions, the temperature of urban sewage is relatively stable throughout the year, making the sewage source heat pump operate more efficiently than traditional air conditioning systems, and has significant energy saving and operating cost savings. It is estimated that the use of sewage source heat pump air conditioning system mode of operation, the ratio of its energy input and output can reach 1:4, that is, input 1000W power can get 4000W of heat, energy-saving rate up to 75%. The heating costs in this way are 70% of the coal-fired heating method, 50% of the gas-fired heating method, and 30% of the fuel heating method. During heating, 5,000 to 10,000 kW of thermal energy can be obtained for each ton of sewage used, which is equivalent to an effective heating value of 1.5 kg to 3 kg of standard coal heating.

In the current situation in which the global energy crisis and environmental pollution tend to be serious, given the significant environmental and economic benefits of the sewage source heat pump system, this technology can lay the foundation for rapid development.

However, air-conditioning refrigeration market experts also reminded that the sewage source heat pump system still has defects in the technical aspects. The components of the city's primary sewage are very complex, chemical properties are not stable, and there are many kinds of suspended solids, flocs, and household garbage. With the continuous development of sewage source heat pump projects, various drawbacks are gradually emerging. At present, the most critical difficulty lies in the prevention of blockages, pollution and corrosion of pipelines and units; the subsequent operation and maintenance are critical, and often need to be solved by means of chemical liquids or high-pressure water guns for internal cleaning and the addition of centrifugal sewage heat exchangers, but it will be costly. Big money and effort.

Although there are still problems to overcome in the technical and operational aspects, the industry generally believes that the development of the sewage source heat pump system is still in its infancy and has enough confidence in the future. According to market expectations, even with a 50% development rate, its market capacity will exceed 500 million square meters.