Corporate philosophy is a value, attitude, belief, and code of conduct that a company establishes for its business activities or methods. It is an abstract reflection of what the company does or how it works in social activities and business processes. The FAW Liberation Engine Division (hereafter referred to as â€œEngine Divisionâ€), an established company that has been established for 75 years, is now the most dazzling legend in the engine industry with its extraordinary brand influence. What makes Xizhai still rejuvenate after 75 years of spring and autumn? The answer is a corporate philosophy! Just like a generation of "God of Management," Japanese entrepreneur Inamori Kazuo said that corporate philosophy is the only power to run a business. 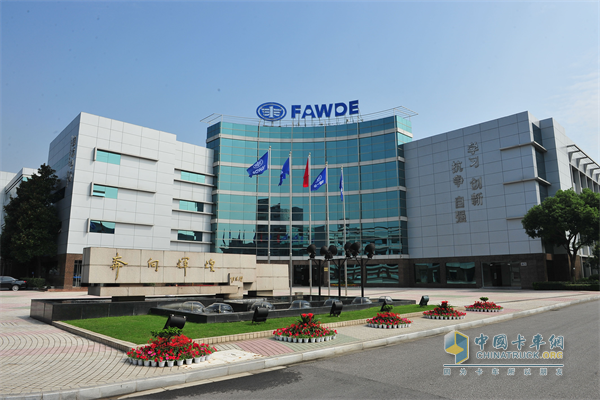 Looking far ahead and always seeing the world with wide eyes

Those who do not seek the promise of the world are less likely to seek for a moment; In today's globalization, if companies want sustainable development, an international perspective is indispensable. Especially in the context of the countryâ€™s vigorous promotion of supply-side reform and the launch of â€œMade in China 2025,â€ as a practitioner, companies want to make a difference, must grasp market trends, improve product quality, and constantly learn to absorb advanced domestic and foreign achievements in order to meet Increasing market demand.

For many years, Xichai has attracted many talents , and with its open attitude and global vision, it has spared no effort to introduce sophisticated advanced production equipment from the United States, Japan, Germany, and other countries. Including Xichai has been the introduction of the Danish BK company's vibration analyzer, Japan Horiba MEXA-7100 exhaust gas analyzer, the United States DYNESYSTEMS eddy current dynamometer, the United States GE ultrasonic flaw detector and other world-leading production, research and development, monitoring equipment. In the development process of Aowei, Xichai is facing the technological gap with the world-class engine companies. It has introduced the full cooperation of the Austrian AVL, an international internal combustion engine authority, and has systematically learned the complete process of engine R&D. It is fully autonomous on the basis of learning. Successfully developed the first four-valve engine in China with independent intellectual property rights. 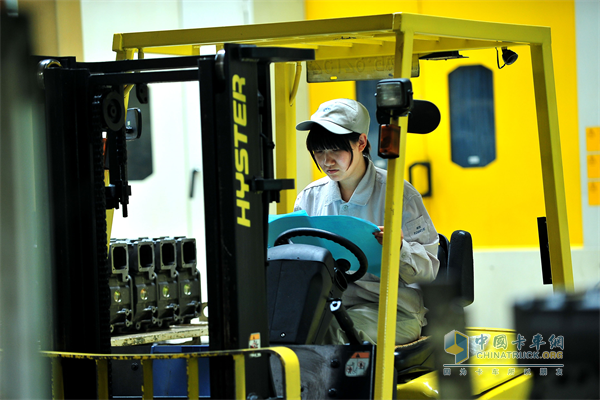 In addition to learning advanced technology from abroad, Xichai focused its attention on the vast overseas market and promised to bring â€œMade in Chinaâ€ to every corner of the world. Since 2014, Xichai has actively promoted a new model of overseas brand marketing and service. Not only does Xichai's overseas service gradually follow the international standards, but also through the brand marketing, the brand awareness of Xichai International is getting higher and higher. Xichai Engine The number of export holders has been continuously expanding, and the single machine export has formed a stable growth point. By 2017, Xichai engines will not only increase significantly in the traditional export markets of Xichai in Indonesia, South Africa, Spain, and the Middle East, but also make new breakthroughs in new development markets such as Eastern Europe, the Philippines, and Myanmar. At present, Xichai engine products have been exported to more than 40 countries and regions, basically covering all countries and regions along the "One Belt and One Road." At the same time, Xichai is also committed to the development of the US market, has completed the development and certification of generator engines that meet the EPA IV regulations, and has obtained entry permits for entry into the US market, which is equivalent to obtaining a permit to enter the high-end motor market in Europe and America in the future. 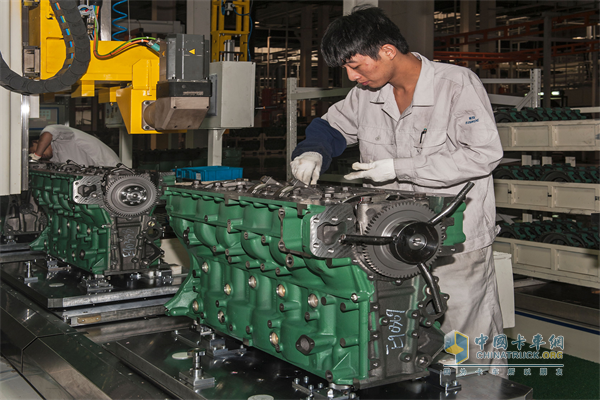 For many years, Xichai has always insisted on targeting the world, surpassing the advanced world, and has made important contributions to Xichaiâ€™s efforts to meet the ever-changing market, realize smart manufacturing, take the lead in the industry, and meet global competition.

Knowing yourself and always seeing the market with wide eyes

A company's development cannot be separated from the market environment. Only by accurately grasping market trends and recognizing the trend of user demand can it be able to survive and develop in a fiercely competitive market environment. Practice has proved that any product that can adapt to market demand can be sought after by consumers; any company that adopts market trends as its production criteria can be invincible. As the saying goes, "Time shifts are different, and differences are changes, and situations change." As an old state-owned enterprise with a history of 75 years, Xichai knows this very well.

As the general manager of Xichai, Qian Hengrong has always paid great attention to the overall trend of the engine industry and used it as the basis for company development. He has never ignored the changes in external factors, he has accurately judged the objective market situation, accurately responds to challenges, seizes opportunities for development, effectively promotes the achievement of goals, and enables the old brand to rejuvenate.

In recent years, with the increase of pollution, peopleâ€™s environmental awareness has become more and more intense. Chinaâ€™s â€œ13th Five-Year Planâ€ has made â€œgreenâ€ one of the five major development concepts. Under this circumstance, the development of a "energy-saving, environmentally-friendly, and reliable" diesel engine is an inevitable choice for the market. Qian Hengrong, general manager once said that as a well-known engine brand in China, Xichai not only has to establish the banner of national brands in the internal combustion engine industry in China, but also plays an exemplary role in China's energy-saving emission reduction business. Under the overall decision of Qian, Xixi People insists on independent research and development, and is at the leading domestic level in the research, development and production of green environmental protection and low emission engines. It is in sync with international standards and takes the lead in promoting the upgrading of national diesel emission standards. In 2017, it was the first to successfully develop, trial-provide and support the unique technology of the DPF Conway 4DW State V diesel engine, taking the lead in launching the "Blue Sky Battle." Ma Jingkun, Director of China Federation of Machinery Industry, praised that Xican followed the direction of the national policy, closely followed the market demand for product planning, leading to technological innovation, creating green power, reducing the pollution of tail gas emissions to the environment, and fully embodying the Social responsibility!

Australian futurist Peter Iliad said in a book that today we will live in the past if we do not live in the future. He asked people to have a forward-looking vision, and so does business development. All along, Xichai has always insisted on innovation to lead the development, with an advanced strategic vision of corporate transformation and upgrading, for the sustainable development of Xichai to win.

In the 1980s, 90% of domestic trucks were loaded with gasoline engines. Due to technical reasons, gasoline engines used as heavy-duty trucks have natural defects such as large energy consumption and weak power. In 1983, Xichai, which had not yet joined FAW Group, had a strong alliance with FAW Technology Center. Drawing on the internationally advanced engine product research and development and technical experience at that time, the company developed the truck diesel engine CA6110 diesel engine that was leading domestically. This is Hengwei's first product. According to the data, in 1989, 90% of domestic trucks were loaded with gasoline engines, and the CA6110 diesel engine was used as an innovative product to lead the era. At the beginning of the launch, it did not cause much repercussions from the market. 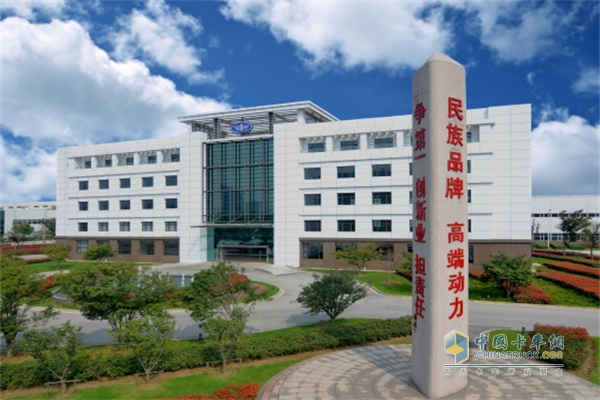 But time quickly proved the accuracy of Xichai's forward-looking vision. In the early 1990s, the domestic automobile market showed a trend of diesel truck development. Xichai, one step ahead, can take the lead and win a good reputation in the market. The Xichai engine is therefore highly sought after, laying the foundation for Xichai to become a leader in the engine industry.

The one-year profitability of an enterprise depends on the opportunity, the success of five years depends on the system, and the development of a century depends on culture. In the thick soil of corporate culture, Xichai has formed a unique enterprise philosophy that is â€œlook far and wide, always eyes wide open to the world; always knowing oneself and knowing oneself, always looking at the market with great eyes, and always looking ahead at tomorrowâ€.

Xichai developed from the â€œCentral Agricultural Equipment Manufacturing Houseâ€ in the Republic of China, as a veteran state-owned company with a history of 75 years, whether it is in good times or adversity, has always adhered to its own philosophical thinking and integrated into the companyâ€™s operating veins. It plays an active and important role in aggregating Xixi and people in the same breath and common destiny, promoting innovation and development, changing the mode of economic development, and adjusting the economic structure.

In the future, Xichai will not forget the beginning of the heart and strive for advancement, picking up the banner of â€œnational brand, high-end driveâ€ and contribute its own strength to the great rejuvenation of the Chinese nation! 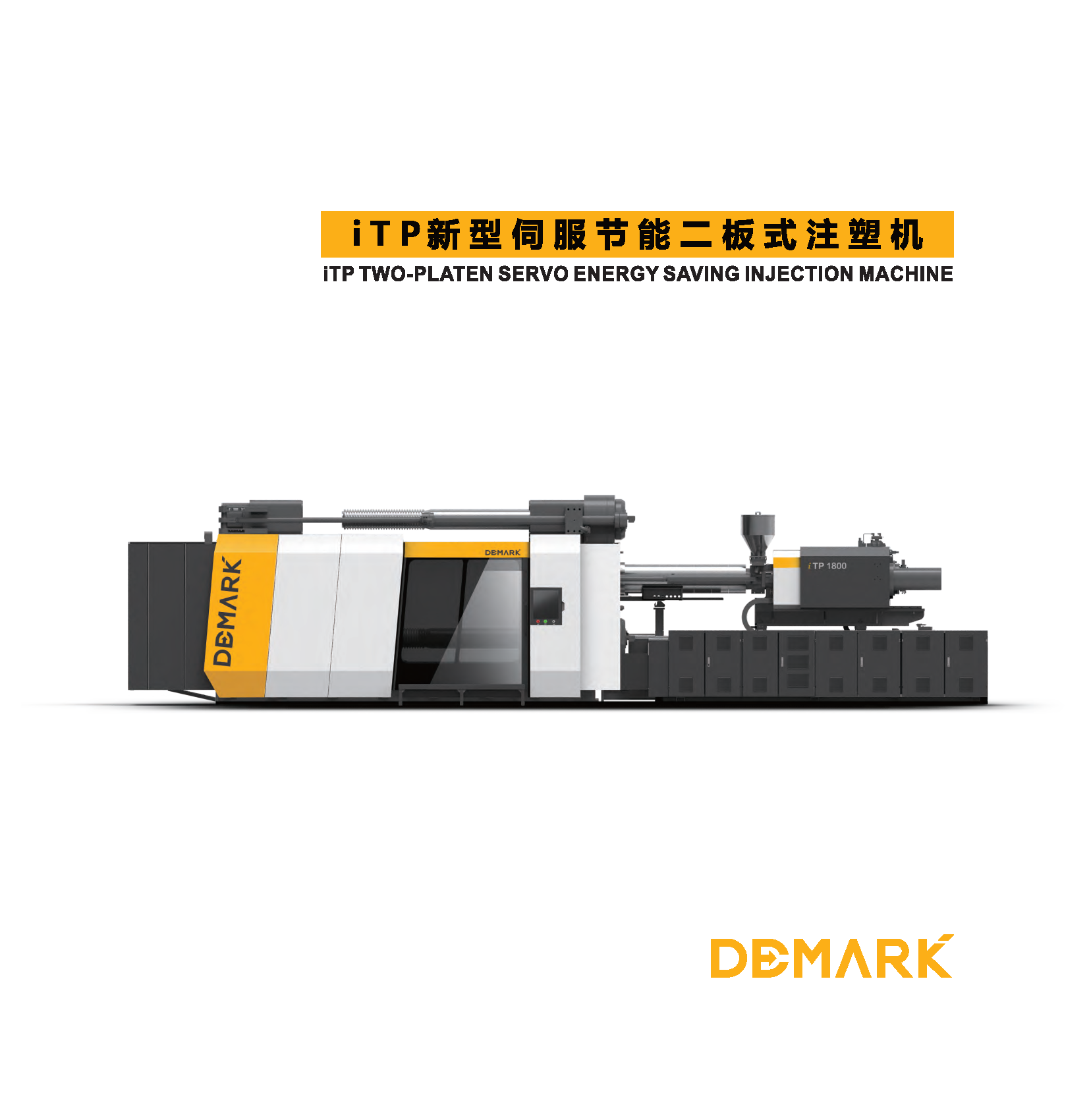 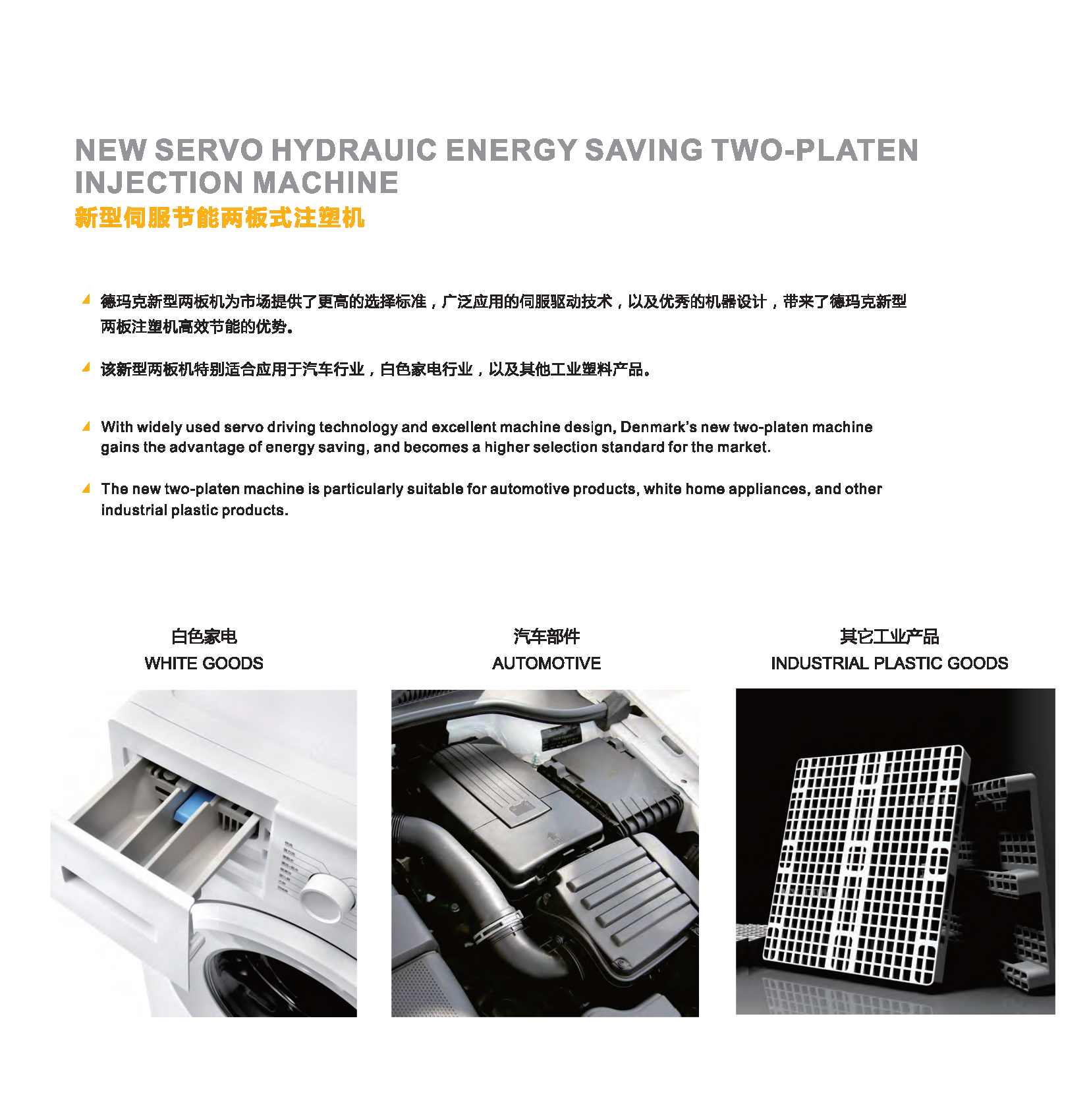 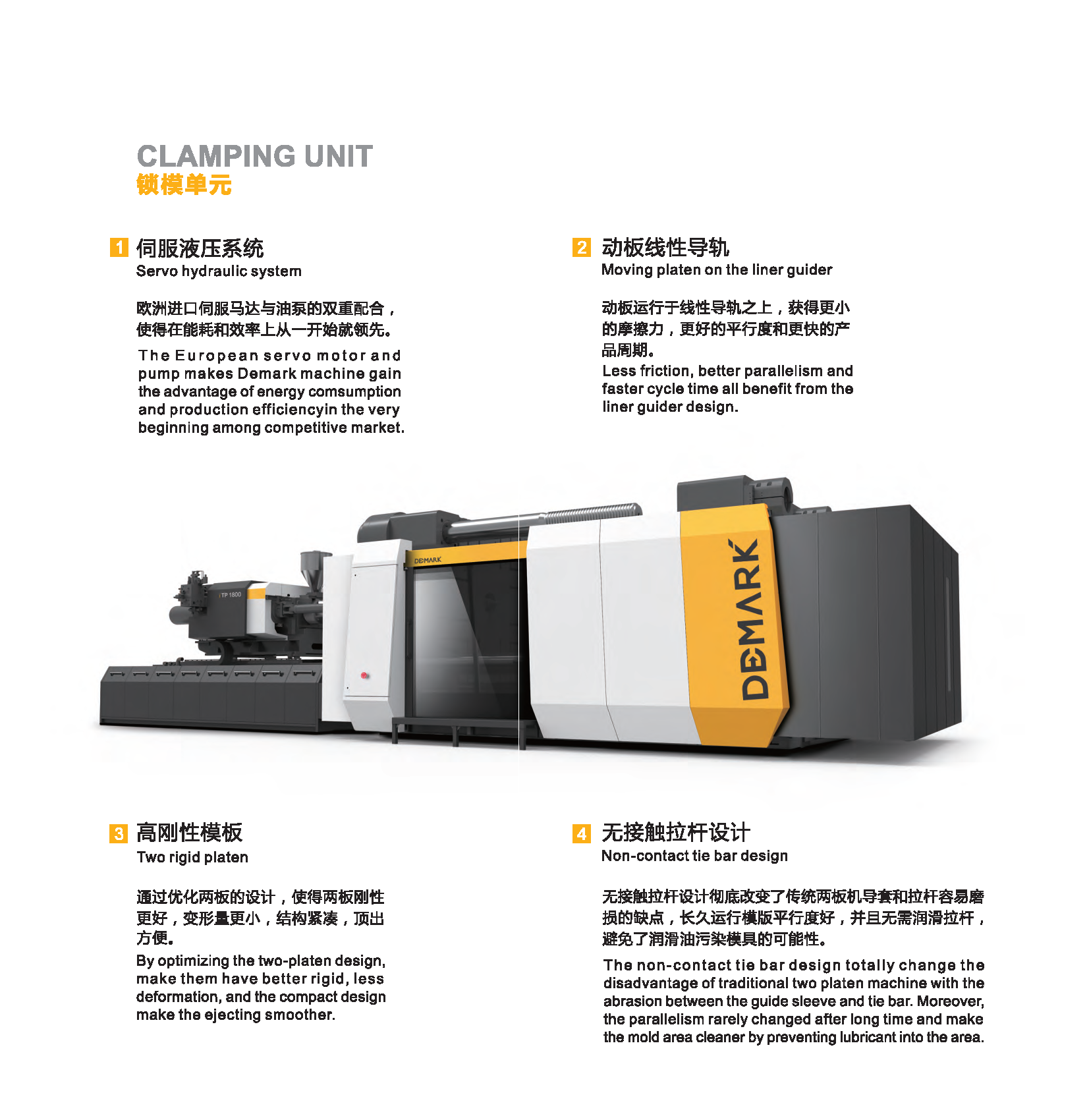 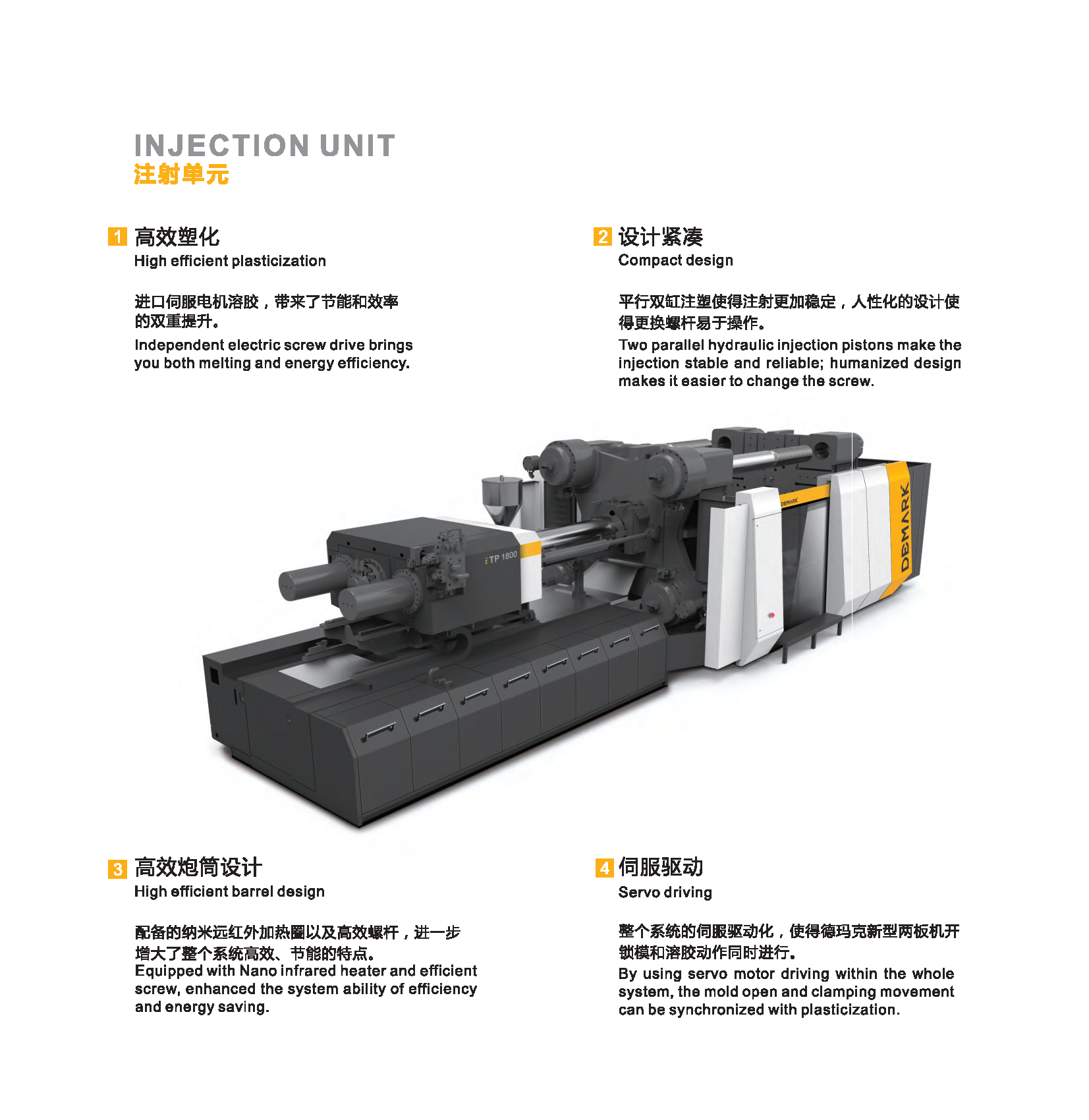 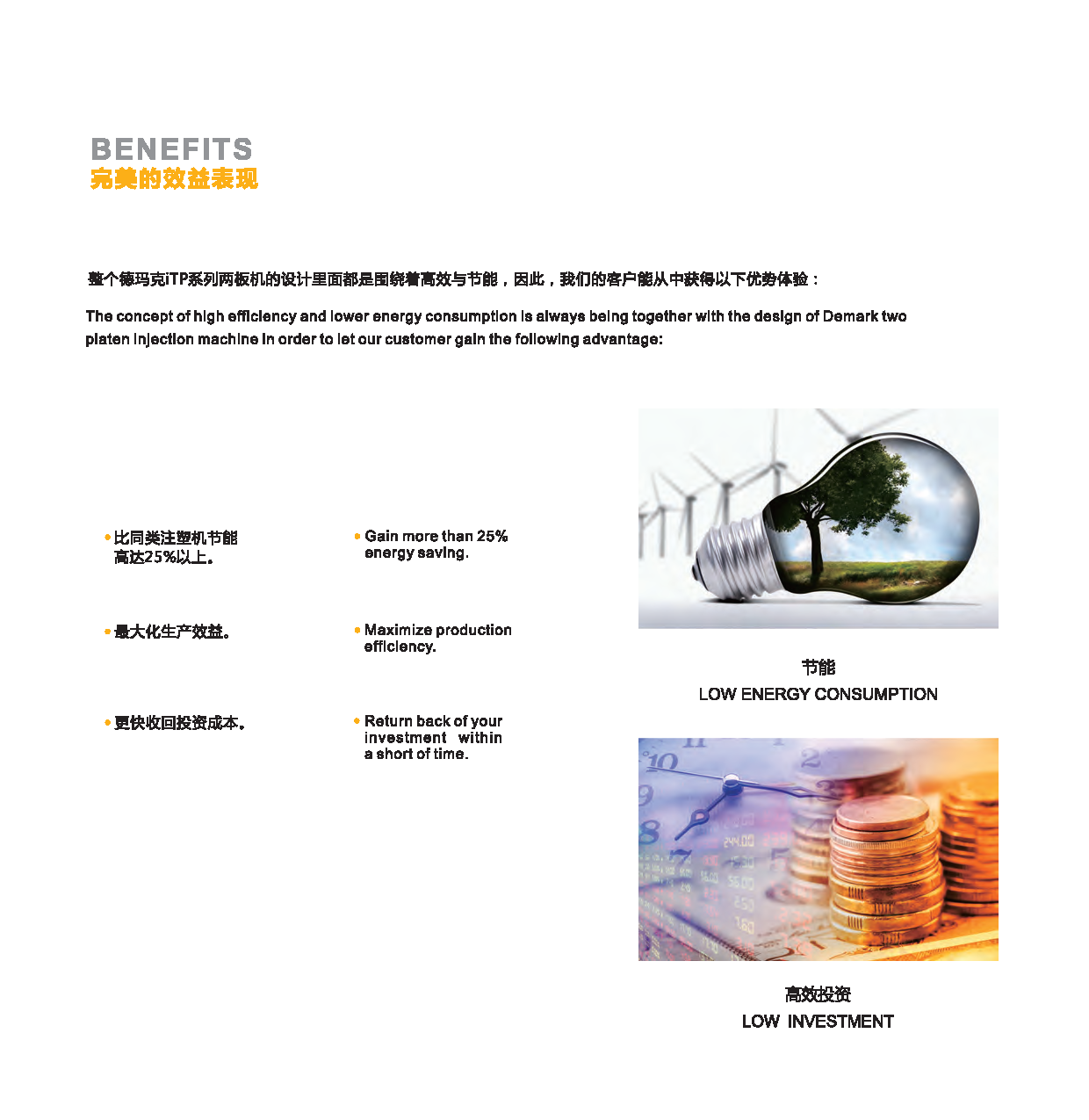 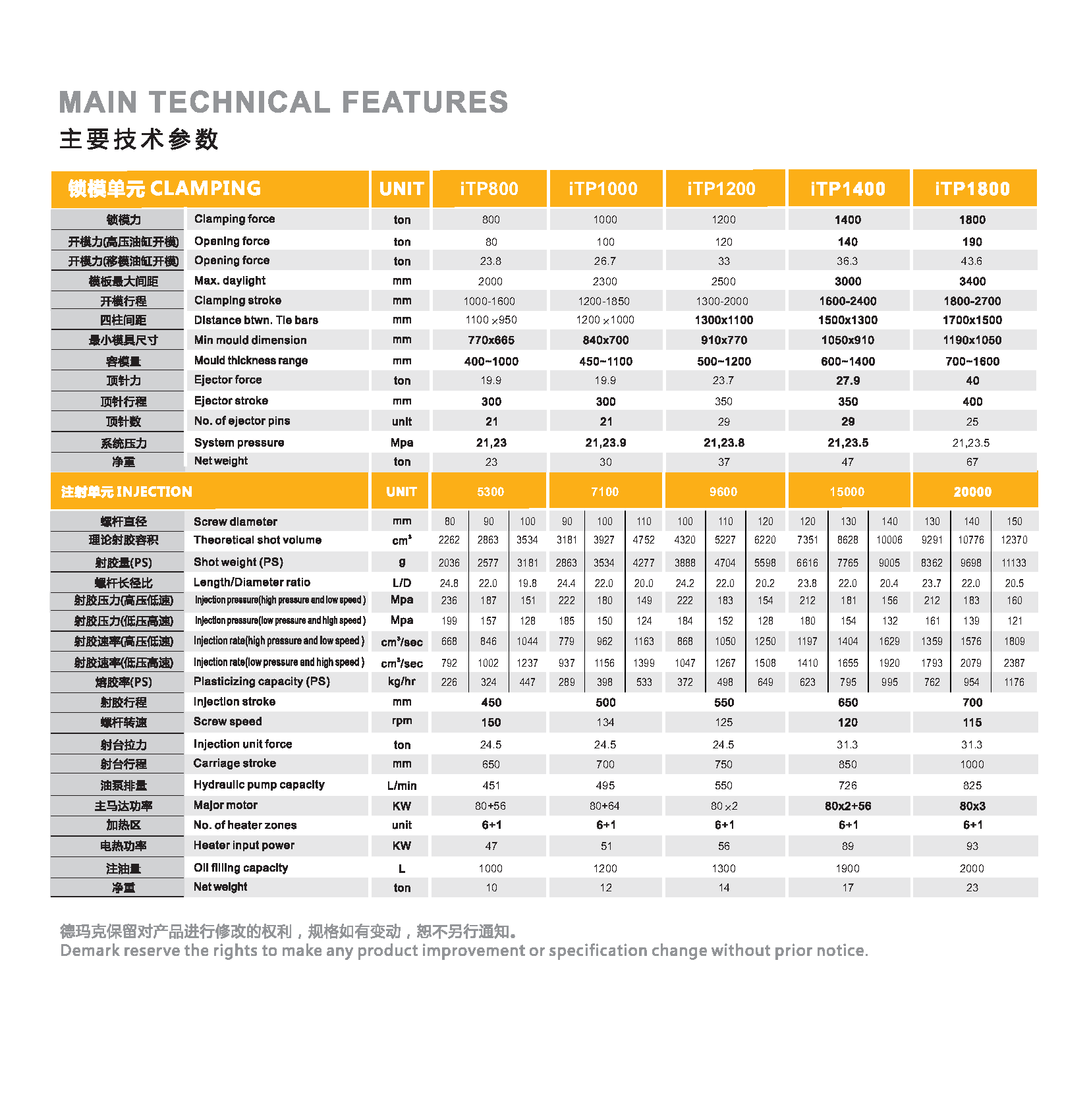 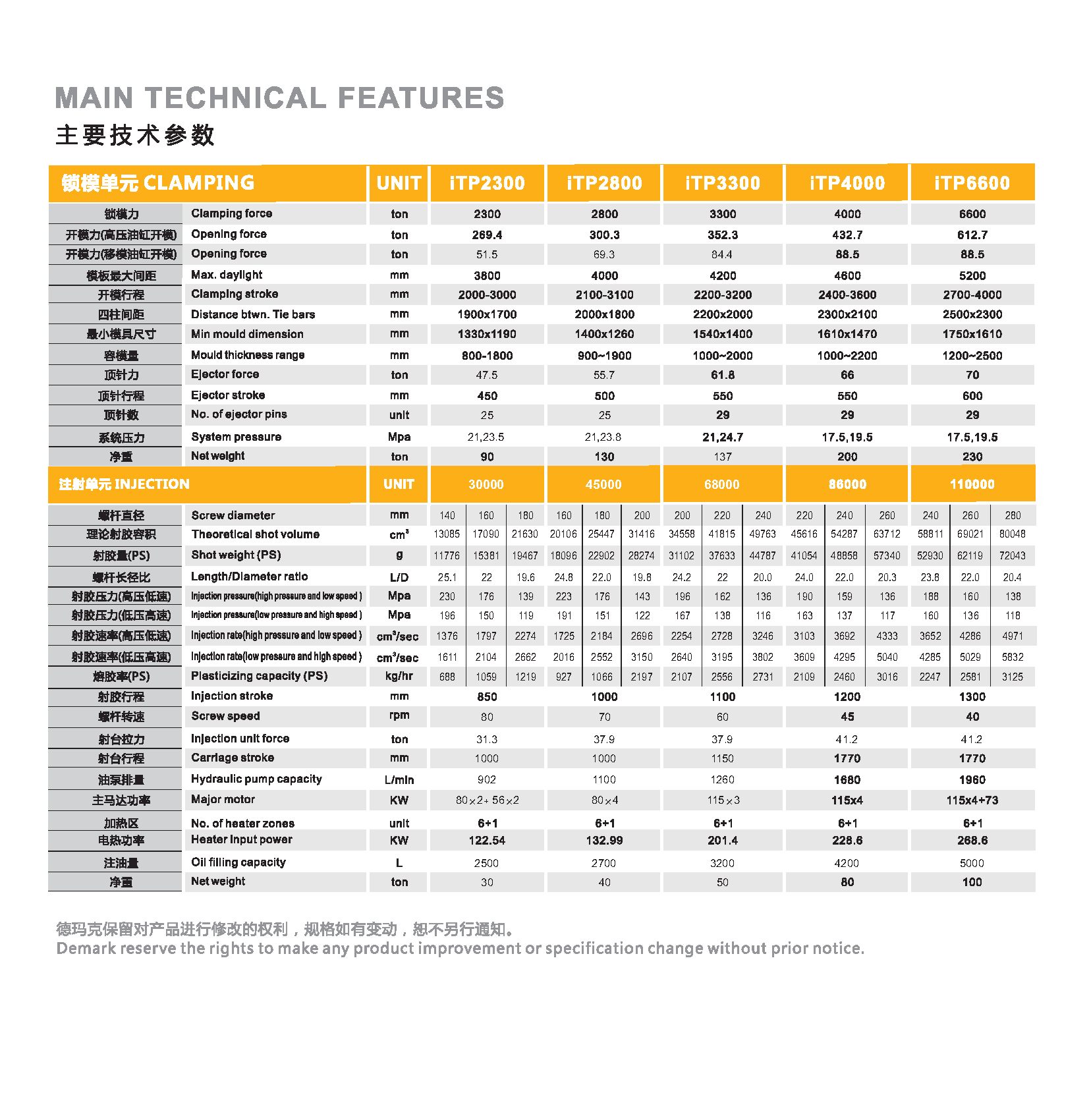 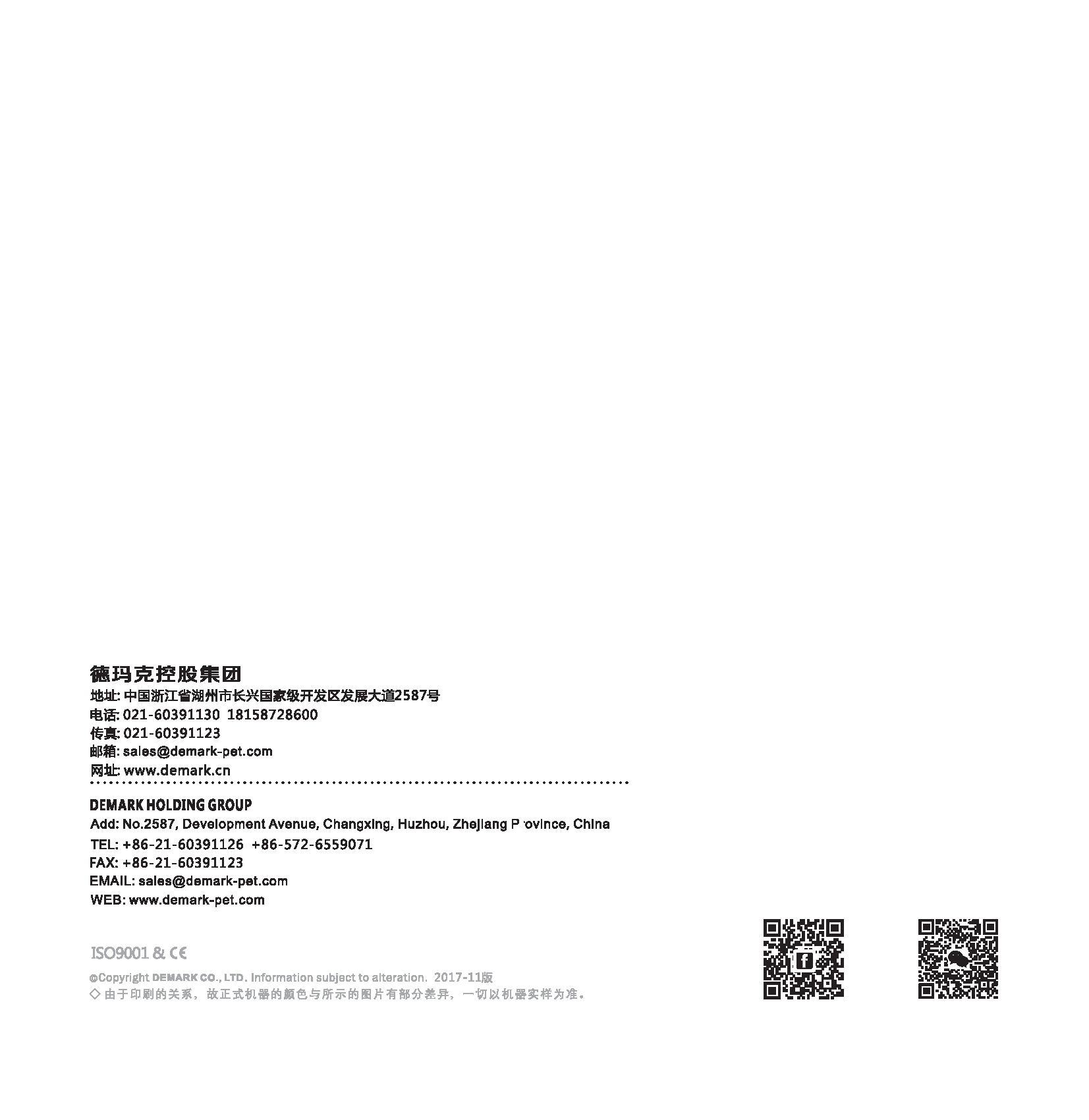