Recently, the news of "Car and Home holding hands with Brilliance" spread throughout the automotive industry. Li wanted to take a step closer to the ideal. Jia Yuetingâ€™s investment in Faradayâ€™s future signing of a new factory in California was introduced into the country and the first FF91 was announced for delivery in 2018. It can be seen that the new energy automobile industry has now become a hotly contested place for everyone. Everyone wants to be neutral in the automobile rivers and lakes.

Why does the new energy auto industry have such a great magic? First, national policy supports. The country has successively introduced a series of policy measures to encourage the development of the new energy automotive industry. Secondly, breakthroughs in battery technologies such as batteries, motors, and electrical controls have reduced the barriers to electric vehicle manufacture. Finally, the demand for the Chinese automotive market is huge. China 2016 The sales of new energy passenger vehicles exceeded 300,000, an increase of nearly 90% year-on-year. In the first half of 2017, sales exceeded 150,000, an increase of 31.37% year-on-year. 2017 is the first year for new energy vehicles to take off.

The smart and full-fledged big brothers "see through the panthers" and Tencent, LeTV, ZTE, Gree, and other industrial giants have entered the new energy auto market. Cars, homes, Weilai, FMC and many other new energy car companies Strong "spoiler."

The future of Faraday was founded by LeEco's former CEO Jia Yueting. The pronunciation of â€œFerrariâ€ also seems to imply that it is a luxury brand that competes with Tesla.

LeTV has never had a shortage of topics. "One company that does PPT" is a comment from many media. Jia Yueting himself was also dubbed "Jabbus" (alleged to imitate Steve Jobs) and "Jia Emperor" (the emperor of "The Emperor's New Clothes").

At the end of 2014, after Jia Yueting announced the "retrofitting vehicle plan", "car ecology" became one of the "seven ecological systems" of LeTV and it was also an important carrier of "anti-ecosystem". With the Internet and cloud ecology, content ecology, big screen ecology, mobile phone ecology, sports ecology, and Internet finance ecology, LeTV expects to integrate the automobile ecology with one-stop renovation of the future human Internet life. 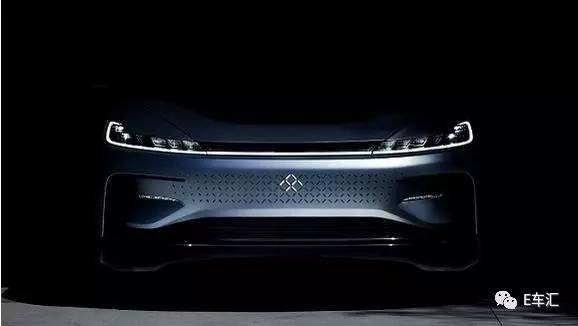 It may be that Jia did not understand chemistry and did not know that the chemical reaction had decomposition reactions in addition to the combination reaction. Since the arrears of suppliers in November 2016, executives have left the company, their wages have been sued, their debts have been collected, assets have been frozen, and the Faraday site has been replaced. The company has also resigned from its CEO position in May 2017. .

In August, according to the "Wall Street Journal" report, Jia Yueting invested Faraday in the future signing a lease of a new plant in Hanford, California, and said that the first FF91 sedan will be delivered by the end of 2018. However, under the vision of â€œlooking like a building,â€ Faraday's future is to â€œkill a bloody roadâ€ or â€œcome on the end, and it is all for others to marryâ€, and it is still difficult to determine.

Founded Bubble Network in 1998 and established a car home in 2004. In 2015, Lee, who carried the Internet gene, wanted to create his "children" car and family to enter the automotive industry. 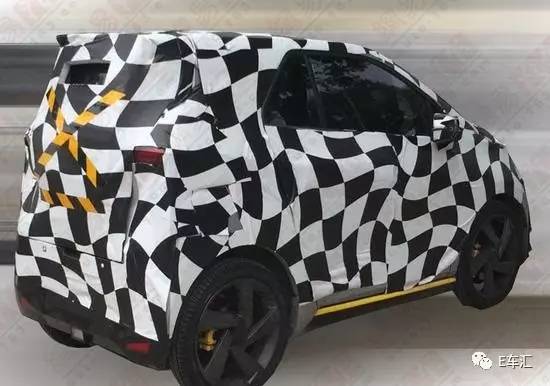 Joining the "Building a Vehicle" legione does not mean that Li wants to get angry, but rather sees the mature market conditions of the battery industry and the improvement of the domestic supply chain system. As a newcomer to the industry, Car and Home also respected the â€œAppleâ€ product model, that is, under the conditions of research and development capabilities, supply chain capabilities, and quality control capabilities, relying on more mature manufacturers for product production. The current strategic cooperation with Brilliance implements the concept of car and home.

Due to its own Internet gene, user experience and customer service have become the essential pursuit of cars and homes. The SEVs developed by Car and Home focus on the convenience of parking and the comfort of interiors, and hope to be able to get rid of the dependence of charging piles. The introduction of big data services into the driving experience by cars and homes is also a big step forward in its development. 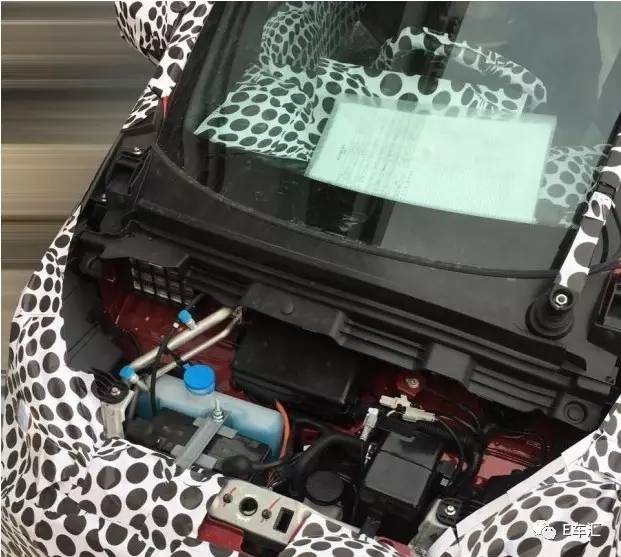 Recently, the media has exposed the test spy photos of a group of cars and home SEV models. The car has started trial production at the first base of the car and home on August 21st. Li Xiang repeatedly disclosed the respect for traditional car companies, automotive technology, and automotive R&D personnel. This may be the reason why everyone thinks that cars and families will succeed.

Weilai came together in 2014 by Li Bin, Internet companies such as Tencent, Jingdong, and Auto, as well as entrepreneurs. In 2015, it was favored by investors such as Sequoia Capital and Pleasant Capital, and it is arguably the most up-to-date automobile company with rich Internet color. 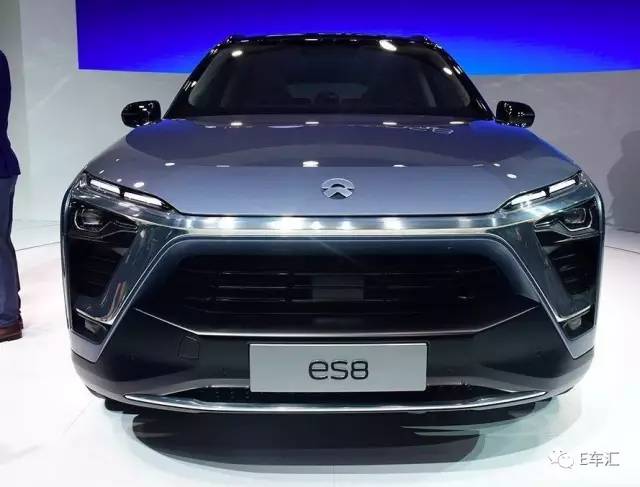 Weilai officially cooperated with Jianghuai in 2016, focusing on the development of high-performance sports cars. Weilai's position and model are close to those of Tesla, and the future development may start with Tesla's â€œimperativeâ€ opportunities in China, and then seize the high-end new energy sports car market.

In April of this year, Weilai Auto's production vehicle Weilai ES8 officially debuted and was officially delivered in 2018. In addition, the flagship Super Run Weilai EP9 launched a global pre-sale, the world price of 1.48 million US dollars. The future of Weilai, an internet company "fund-raising" brand, seems to be worth seeing.

The FMC (Future Mobility Corporation) was founded in March 2016 and is dedicated to building smart luxury pure electric vehicles. In FMC registered in Hong Kong in March, the team is still in the stage of product research and data analysis. 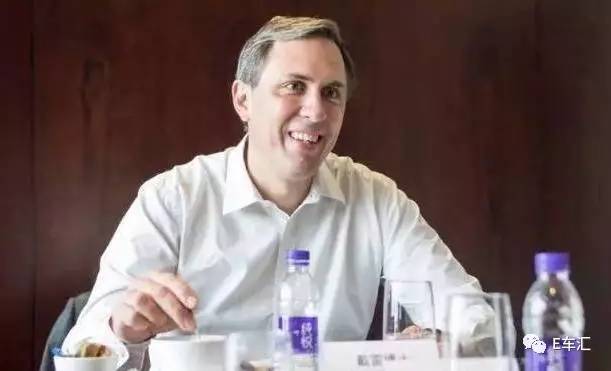 In early August, FMC announced that it had received a round of 200 million U.S. dollars in financing. The investor was an industry fund from Jiangsu. Its members included Suning, Fengsheng and a state-owned enterprise. The funds will be used mainly in the R&D sector of FMC products in the future. At the same time, Dai Li, president and co-founder of FMC, said that the company will gradually disclose information and increase exchanges with consumers.

According to the latest news, FMC's first mass production car will be locked into the luxury medium-sized SUV with the largest market share in the country. The high-end cruising range of the electric vehicle can reach 500 kilometers, with a target price range of 30,000 to 400,000 yuan, and the Audi Q5. , BMW X3 and other products at the same level. 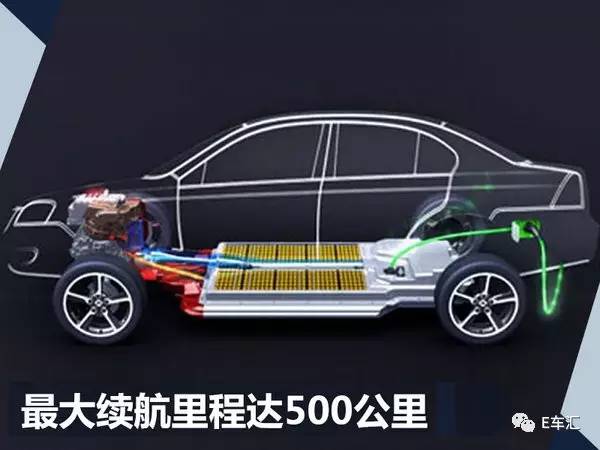 In addition, FMC, a pure electric vehicle company founded in China, will announce the brand's Chinese name. It can be seen that FMC is still immersed in the truth of development in China and must establish a foundation at the consumer level.

In addition to the above-mentioned emerging companies, there are Kaiyun, Weimar, Xiaopeng, Zhicheyouyou, etc. also sharpening the knife to stare at the new energy market, the next two years can be described as a matchmaking, very lively.

â€œIn the old days, Wang Xietang was former Yan and flew into the homes of ordinary people.â€ New energy has brought about an automobile revolution, and a large number of companies have entered the auto industry where the threshold has been too high. Like any industry, the new energy automobile industry will enter a period of rapid development after large sums of money and talents have entered, which will inevitably lead to a technological change. Therefore, in the future, the new energy automobile market in China is not so much a competition of major companies as it is the competition between BYD and other brands. In the process of change, companies have their lives and deaths. In the end, who can compete with the Central Plains?

No reaction occurs with strong acids and alkalis; complete light transmittance (pure and transparent). The natural mica plates traditionally used in the observation window of high-pressure boiler water level gauge are all brown, and the light transmittance is not good, and the temperature resistance is in the range of 200-700Â°C, especially the corrosion resistance is poor. The boiler steam drum water in thermal power plants contains alkali. After reacting with natural mica and alkali, it is washed with hot air and hot water, and it is prone to fluffing, scaling, and being broken. In the short term (about 1-2 months), the water level is not clearly understood. After being broken, it can easily cause leakage. The fluorite mica does not react with the acid-base solution, and does not react with water in the hydration reaction, so that it does not form a layer, does not scale, and does not break. In the long-term (2 to 3 years) scouring of high-temperature and high-pressure water (including acid and alkali), the original clarity and transparency can still be maintained. In China, it has been widely applied to the observation window of steam boiler water level gauge in high-pressure boilers of thermal power plants. It has also been selected by Japanese BBK company and NDK (Colin) company for the observation window of high pressure boiler drum level gauge.